Trondheim International school was founded in 2004 and has been an IB World School since 2008.

ThIS is an IB world school that creates independent, knowledgeable and caring individuals.
ThIS fosters life-long learners in a safe and supportive environment.
ThIS provides academic excellence through a high-quality education.
ThIS develops values and skills for the world of tomorrow.
ThIS inspires action and contributes to the local, national and international communities.

We are home to 200 students (aged 6 to 16) and 40 staff — a community representing different nations. We are proud of our international and multi-cultural ethos, the way our community collaborates to make a difference. Our world-renowned curriculum is built on the best of global standards.

Read more about ThIS

PYP6 is happy to announce that they won bronze medals in the national research competition Nysgjerrigper. The students are proud of this achievement.

To see their awesome film where they present their project, visit www.youtube.com/watch?v=F-feVXLyrrA.

Congratulations PYP6, we teachers are so proud of you! 🥳 ... See MoreSee Less

WOW so wonderful! How exciting for one and all! Congratulations! 🤩

And you won the Gold medal🥇in Our hearts!🏆🎈🙏

We are connecting with the NTNU for an exciting day of activities to celebrate Ocean day this year. ... See MoreSee Less

Our MYP7 students have completed some amazing Service as Action's this year.
- Etidal and Ella who planned and created a Bake Sale to raise funds for Redd Barna.
- Louise and Sifan have been cleaning the science room during their breaks.
- Kristine organised an Easter egg hunt for the PYP3 class.

We are so proud that our students are able to take this initiative and contribute in such a positive way in the school and local community.

"In the inner circle, I focus on how NIBS can bring all the elements of IB together and how they can contribute to Norway’s society and the global society. According to the International Baccalaureate Organization (IBO), the aim of IB is to develop caring, inquiring and knowledgeable young people who can contribute to making the world a better place.

There are four elements in the IB continuum: PYP, MYP, DP and CP. NIBS wants to bring all the IB schools in Norway together. To represent this, I have the top view of four people holding hands around a globe.

I chose the colours of the IB continuum for the symbols of the four people. It also represents diversity. In the outer circle, I made the “Norwegian IB Schools” text larger and more prominent, curved to fit the top of the circle. I made the text in a lighter color than the acronym “NIBS” so that the acronym stands out. To distinguish the text and acronym, I used four dots to separate them, using the same four colors to stress the importance of the IB continuum (and diversity!). " ... See MoreSee Less

Our PYP5 students have been inquiring into ecological relationships within and between ecosystems in the unit called 'An interconnected world'
The central idea for the unit is: the survival of living things depends on the world around them. 🌎🌊🦐🦀🐟🐬🦈🌿 ... See MoreSee Less

That is a lovely spread! Perhaps Vitenskapmuseet might be interested after it has been displayed in the school (?)

The school is currently operating at a yellow level.   Please click here to see the local and national corona regulations which apply from 20th of January 2021.

We strongly recommend that all parents and visitors use a facemask when they are at the school.

Now it is mandatory to wear a face mask 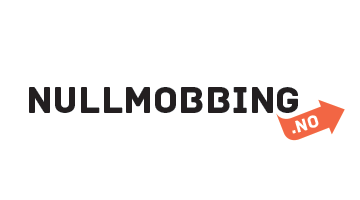